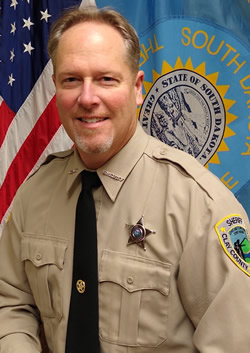 Reserve Deputy Matt Olson is a life long resident of Clay County and graduated from Vermillion High School in 1989.  He attended Southeast Vo-Tech in Sioux Falls, SD in the heating and cooling field.  He farms in rural Clay County and sells real estate part time.  He began work at the Clay County Sheriff's Office in 1997 as a Reserve Deputy.  In his time away from work, he enjoys spending time with his wife and four children doing many outdoor activities including camping, hunting, boating, and snowmobiling. 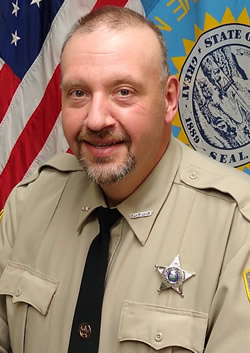 Reserve Deputy Shawn Fick  began his law enforcement career in 1997. He started with the Vermilion Police Department where he served as a patrol officer, detective, and patrol sergeant before moving to the Clay County Sheriff's Office.  He attended the University of South Dakota where he earned both his Bachelors and Master's Degrees.   He enjoys reffing soccer games with his son for exercise and helping the next generation learn the game.  He also enjoys spending time with his wife and sons relaxing by campfires and reading.